A cavitation refers to a toxin-containing hole in the jawbone, often at the site of a previously extracted tooth. Cavitations have many scientific names such as ischemic osteonecrosis, chronic non-superative osteomyelitis, and neuralgia inducing cavitational osteonecrosis (NICO). This is not so much an infection in the bone, as a necrosis or gangrene (dead tissue) in the bone marrow, as a result of impaired blood flow (ischemia). A cavitation often develops because of incomplete healing after routine extraction. The contents of cavitations are always necrotic, dead or dying material. The microscopic picture looks the same as gangrene! If a gangrenous extremity is not amputated, the rest of the body will sicken and die, due to a high concentration of anaerobic bacterial toxins.

Incomplete healing of a cavitation is promoted by a number of factors, including the following:

One of the primary factors in cavitation formation seems to be that the initial extraction does not include the thorough removal of the periodontal ligament from the socket after the tooth is removed. Unfortunately, this inadequate socket cleaning is the routine procedure with most extractions. Cavitation formation after tooth extraction is the rule and not the exception; yet, the condition is still largely unknown to most of dentistry, and underestimated by those who are aware of it. A cavitation can be expected to form when the socket lining separating the tooth from the bone is not thoroughly removed. A thorough removal of the ligament requires that a portion of the bony socket be removed as well. The continued presence of any portion of the ligament gives the biological message to the surrounding jawbone that all is well, and no new bone growth is needed. Bone cells are not going to start new growth and then migrate through a barrier naturally designed to limit such growth. The jawbone determines that if the ligament is still there, the tooth must be there as well.

Even when large wisdom teeth are removed surgically from impacted sites with extensive excavation, cavitations are nearly always present.

Preexisting diseases, such as osteoporosis with poor bone structure in the jawbone before the extraction, can clearly promote the formation of cavitations. Bleeding disorders, which would directly impair the formation of the important blood clot, can also be promoting factors. Periodontal disease can also serve to more easily infect the freshly extracted sites and bathe them in the toxins produced by the anaerobic bacteria trapped in the diseased gums. The presence of local and systemic toxins will also impair the healing process anywhere in the body. The presence of toxins such as heavy metals will chronically disrupt the calcium/phosphorus balance in the body, promoting the continuous mobilization of calcium from the bone into the tissues and into the urine.

The cavitation officially forms when healing at the top is complete. The healing over on top allows the rapid development of an oxygen-deprived, or anaerobic, state in the hole. Native mouth bacteria produce highly toxic metabolic by-products when deprived of oxygen. Bacteria that are normally harmless to man when oxygen is present form a deadly toxin when oxygen is removed. An example of deadly toxins forming when oxygen is absent is the botulism toxin, resulting from vacuum-packed foods, sealed with bacteria present. Some toxins found at cavitation sites are up to 1,000 times more toxic than botulism in their effects on enzymes systems.

Antibiotics will not help the individual poisoned with botulism, nor will they help the cavitation patients, as the problem stems primarily from bacterial toxins, not bacteria. Only a rapid neutralization of a large toxin dose will save the patient. Toxins in both cavitations and root canal filled teeth rapidly kill vital human enzymes at the lowest imaginable concentrations. Cavitation toxicity tends to be cumulative. The more cavitations you have, the more toxicity is present. Cavitations also may make other diseases worse. They will make it more difficult for a compromised immune system to ever completely recover. The immune system characteristically tolerates all stresses fairly well until it collapses relatively suddenly. It will compensate as long as possible, then very suddenly its defenses will no longer be effective. Cavitations might not be the cause of an illness, but they can easily be the factor that prevents recovery from it.

There are also other reasons that cavitations form, some of which are localized traumas, poor circulation to the area, clotting disorders, and the use of steroids.

Inside a cavitation, bacteria flourish and deviant cells multiply. Cavitations act as a breeding ground for bacteria and their toxins. Research has shown these bacterial waste products to be extremely potent. Cavitations can also cause blockages on the body’s energy meridians and can exert far-reaching impact on the overall system. Investigation has revealed that some cavitations are reservoirs of huge amounts of mercury and other toxic substances. Cavitations may be a source of low level or high level stress on the entire body.

How toxic are cavitations and what type of effects are caused by cavitations?

The results of recent research of Dr. Boyd Haley (former Chairman, Department of Chemistry, University of Kentucky) show that ALL cavitation tissue samples he’s tested contain toxins, which significantly inhibit one or more of the five basic body enzyme systems necessary in the production of energy.  These toxins, which are most commonly likely to be metabolic waste products of anaerobic bacteria (bacteria which don’t live in oxygen), may produce significant systemic effects, as well as play an important role in localized disease processes, which negatively affect the blood supply in the jawbone.

There are indications that other types of toxins also accumulate in cavitations, and when these toxins combine with certain chemicals or heavy metals (for example, mercury), much more potent toxins may form.

High levels of mercury are commonly found in some cavitations and in general in the jawbone of those with mercury amalgam fillings and to have significant local and systemic effects. Mercury is known to be extremely toxic and to commonly cause chronic adverse local and systemic health effects. Yeast and fungi have also been found to accumulate in cavitations, and to have significant systemic effects.

One study of cavitation incidence involved an analysis of 112 randomly selected dental patient charts who had been tested for cavitations, with patient age ranging from 19 to 83 years among 40 \ males and 72 females. The cavitations were tested for using exploratory drilling. Cavitations were found at approximately 75% of all extraction sites examined.

Research has demonstrated that virtually all root canals result in residual infection due to the imperfect seal that allows bacteria to penetrate. The most commonly used material in root canals is gutta percha, which is soaked with chloroform and heated. But when the chloroform evaporates and the gutta percha cools, there is significant shrinkage in all such root canal fillings, which allows entrance of bacteria. A condition that commonly occurs with root-canaled teeth is a radicular or periapical cyst or apical periodontis, which is a pocket of bacterial inflammation that often forms in the gums at the tip of root-canaled teeth due to bacteria inhabiting the tooth. These are the most common type of cysts that form in the gums and can also be a factor in formation of cavitations in the neighboring jawbone.

The toxins given off by these bacteria are often even more toxic than mercury. The bacterial toxins from root-canaled teeth and associated cavitations can cause systemic diseases of the heart, kidney, uterus, immune, nervous and endocrine systems.

Cavitations commonly cause adverse health effects, and many thousands of cavitations have been treated. They are commonly tested or biopsed by labs having the expertise to provide these services, and virtually all that have been tested or biopsed were found to be associated with dead, necrotic tissue and extreme toxicity. The types of conditions that cavitations have been most commonly related to are atypical facial neuralgia, trigeminal neuralgia, chronic sinusitis, phantom toothache pain, and headaches including migraines.

Every biopsy of bone material he has collected from cavitation surgeries has shown osteonecrosis, or dead bone material. In all studies reviewed, the majority of those undergoing surgery for NICO pain had significant pain relief after surgery. Clinical experience indicates that delays in treatment can lead to further infections, and the majority of patients have long term pain relief. However as much as 30% may have reoccurrence or new cavitations that lead to reoccurrence of pain. Prior to bone marrow biopsy the average NICO patient has been in pain for 6 years (up to 32 years), usually diagnosed as atypical facial neuralgia/pain, but also diagnosed as trigeminal neuralgia, chronic sinusitis, phantom toothache/pain, and various headaches, including migraine headache. However treatment has also been successful at eliminating rheumatoid arthritic pain.

Many researchers today believe that NICO lesions, like periodontal disease, is the focus of various infections which may spread throughout the body and have systemic effects.  In the last few years, some of the most surprising medical news has been the discovery that bacteria from the mouth appear to be very influential in causing various heart, liver, kidney, and immune problems.

Researchers from New York University found that certain bacteria from the mouth may be related to preterm delivery and low birth weight according to a study in the Journal of Periodontology (JOP).  The presence of specific bacteria and combinations of bacteria in periodontal pockets also appears to be responsible for the relationship between periodontal disease and acute coronary syndrome (ACS), according to a new study published in the Journal of Periodontology.

Dr. Weston Price was a prominent dental researcher leading a medical research team on the relation between root-canal teeth and chronic health conditions. Through a long series of well documented clinical cases and experiments his team found that root-canals accumulate bacteria that give off extreme toxins sufficient to cause serious health conditions, including cancer, cardiovascular conditions, arthritis, neurological conditions kidney conditions, etc. Dr. Meinig, one of the founders of the endodontic association has reviewed the research of Dr. Price and others and is in agreement with their findings.

Many doctors and dentists through their experience with patients have reached similar conclusions. They have had large numbers of patients who have had such health conditions significantly improve after treatment of root canals or cavitations along with other detoxification measures. A collaborative study by the North Carolina Institute of technology using advanced tests developed by Affinity Laboratory has demonstrated the mechanisms by which cavitations can cause cancer.

Modern experiences also support this theory. Dr. Issels, a German physician, recommends extraction of root canal teeth as part of his protocol for terminal cancer patients. Over the last 40 years with 16,000 patients, he has observed a 24% total remission rate.

Other clinics that treat cancer have similarly found that most of their patients with cancer have root-canaled teeth or cavitations and that treating these is an important part in success at treating cancer.

Research and clinical cases have found cavitations to be related to many chronic health conditions which have improved after cavitation treatment, including cancer, congestive heart failure and other cardiovascular problems, lupus, rheumatoid arthritis, and autoimmune conditions- perhaps related to cavitations major effects on the immune system.

The information, including but not limited to text, graphics, images, and other materials contained on this website, are for informational purposes only. No material on this site is intended to substitute professional medical advice, diagnosis, or treatment. Always seek your physician or other qualified health care provider’s advice for any questions you may have regarding any medical condition, procedure, or treatment before undertaking a new health care regimen. Never disregard professional medical advice or delay in seeking it because you have read on this website. 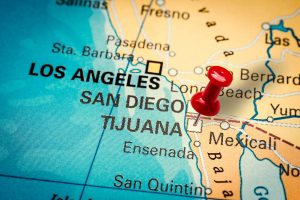 What is the “Biodental” Difference? Your teeth are a significant and important part of your body. While we all realize this, there are still a 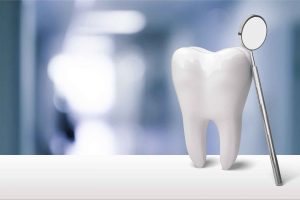 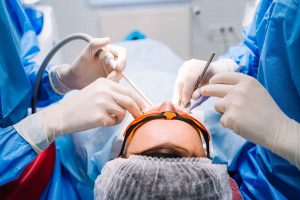 There is nothing better than having our own natural teeth; however, there are some occasions when a tooth is damaged. It is necessary to do